The ACTERIA Prizes awarded by EFIS were established in 2012 to recognize and reward Europe’s young talents in the fields of immunology and allergology. Since 2020, Prizes have been awarded every year. In 2021, two ACTERIA Early Career Research Prizes, for outstanding young investigators with up to 10 years postdoctoral experience, are awarded. These Prizes carry cash awards and funding awards of three-year research projects to be performed in European institutions. They are awarded to young scientists who are on the track to play a leading role in immunology and allergology in Europe in years to come. Next year in 2022, two ACTERIA Doctoral Thesis Prizes, for the best PhD dissertations defended in the last 3 years, will be awarded.

The winners of the 2021 ACTERIA Prizes awarded by EFIS are: 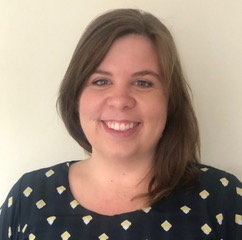 (PhD 2014), Belgium, BIS, for her post-doctoral work on the role for the local environment in mediating macrophage phenotype

Charlotte Scott, 33, obtained her PhD in the lab of Prof. Allan Mowat at the University of Glasgow in 2014. She then moved to the lab of Prof. Martin Guilliams, VIB-UGent Center for Inflammation Research, Belgium for a postdoc. After 5 years postdoctoral training, she became an associate professor at Ghent University, Belgium in 2019 and a principal investigator at the VIB-UGent Center for Inflammation Research, Belgium in 2020. In 2021 she also became an adjunct professor at her alma mater, the University of Limerick, Ireland. Throughout her career to date, she has published articles as first or senior author in Immunity, Journal of Experimental Medicine, Nature Communications, Nature Reviews Immunology, and Trends in Immunology. Her postdoctoral career was funded by a Marie Curie Intra-European Fellowship, a Sir Henry Wellcome Postdoctoral Fellowship and two research grants for postdocs from the FWO. To start up her independent lab, she was awarded a European Research Council (ERC) Starting Grant and the Collen-Franqui start-up prize.

In recent years the macrophage field has undergone a conceptual revolution. Rather than being derived from bone-marrow progenitors it is now clear that the resident macrophage populations present in most organs are embryonically-derived. This led to the hypothesis that resident macrophages would be distinct from macrophages recruited in adulthood in terms of phenotype and function. However, during her postdoc Dr Scott demonstrated that even when the resident macrophages of the liver, termed Kupffer cells (KCs) were specifically depleted in adult mice, these were rapidly replaced by bone-marrow derived macrophages with an almost identical transcriptional profile to the original resident KCs. This led to the proposal of the niche hypothesis that nurture by the local environment rather than the nature of the progenitors governs macrophage profiles. Comparison of the KC transcriptome with other resident macrophages identified that KCs were enriched for genes associated with lipid metabolism. Given the rapidly increasing incidences of fatty liver disease in the western world, Dr Scott now investigates the role of these macrophages and other myeloid cells in the pathogenesis of fatty liver disease. Her lab members have recently identified distinct subsets of macrophages residing in distinct zones within the fatty liver again suggesting a role for the local environment in mediating macrophage phenotype. Moving forward Dr Scott and her team now aim to unravel the specific functions of these different macrophage subsets in driving the progression from fatty liver disease to hepatocellular carcinoma.

Dr Scott pursues her project on understanding the functions of distinct hepatic macrophage populations in fatty liver disease at the VIB-UGent Center for Inflammation Research and Ghent University in the Department of Biomedical Molecular Biology. 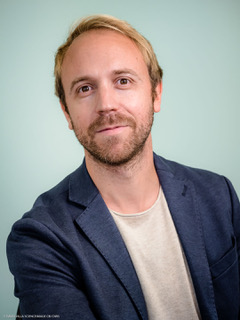 (PhD 2012), France, SFI (for his post-doctoral work on neural regulation of immune responses

Nicolas Gaudenzio, 35, graduated from the University Paul Sabatier in Toulouse, France. Following a 4-year postdoctoral period in the laboratory of Stephen J. Galli, Department of Pathology, University of Stanford (CA USA), he became in 2019 Principal Investigator at Inserm, France. He published first and senior author articles in Nature Immunology, Journal of Clinical Investigations, Journal of Allergy and Clinical Immunology, Current Opinion in Immunology and Annual Review of Immunology. His postdoctoral carrier was supported by the Foundation for Medical Research (FRM, France), the NIH R01 Program (USA) and the Marie Curie Postdoctoral Fellowship (Europe). Later he received support from the National Agency for Research (ANR, France). He was awarded a French ATIP-Avenir grant and a European Research Council (ERC) Starting grant.

The skin is innervated by an intricate network of nociceptive sensory neurons, known as nociceptors, with cell bodies located in the dorsal root or trigeminal ganglia. Their primary function is the trans- mission of sensations of temperature, pain and itch to elicit appropriate behavioral responses such as withdrawal (to avoid tissue injury) and scratching (to remove irritants). Nociceptors may be involved in manifestations of allergic skin inflammation by promoting itch and scratching behavior. While much remains to be learned about itching sensations, peripheral neurons also have the potential to influence immune cells and inflammatory responses. Dr. Gaudenzio’s research activities focus on understanding how skin nociceptors and immune cells interact to regulate allergic skin inflammation. He develops a trans-disciplinary approach combining immunology, neurobiology, clinical dermatology, imaging and transcriptomic to better understand the etiology of allergic skin inflammation. These methods and bioinformatics approaches will be used together to gain insights into the molecular mechanisms governing neuro-immune interactions in the skin.

Dr Gaudenzio pursues his research on the role of skin-projecting nociceptors as regulators of immune-driven damage during allergic contact dermatitis at the Toulouse Institute for Infectious and Inflammatory Diseases (Infinity), Inserm - CNRS - University of Toulouse.

The ACTERIA Prizes will be awarded at a special ceremony of the European Congress of Immunology, September 2, 2021 at 5:30 PM, during which the laureates will present their work.

Candidates were carefully evaluated and the winners selected by a prestigious jury of eminent scientists in the field. The Jury was chaired by Prof. Catherine Sautès-Fridman, Cordeliers Research Center, Paris (FR), Past President of EFIS, and recipient of the Behring Metchnikoff Prize and the Prix Petit d’Ormoy from the French Academy of Sciences. Prof. Sautès-Fridman's fellow jury members were:

About the Fondation ACTERIA and EFIS

The Fondation ACTERIA - Acting on European Research in Immunology and Allergology) promotes noncommercial fundamental research in immunology and allergology in Europe and Switzerland. It participates in the exchange of research and knowhow exchange between Switzerland and Europe by awarding the ACTERIA Prizes and by supporting postdoctoral research by early career researchers in Europe without distinction to country, nationality, race, religion, gender or any other grounds for discrimination.

EFIS - the European Federation of Immunological Societies is an umbrella organization that represents more than 14,000 individual members from 35 European member societies, and reaches beyond European boundaries to include Israel. The main goals of EFIS are to support immunological research and education, as well as to strengthen scientific interaction amongst its members. EFIS focuses particularly on supporting young scientists, e.g., through fellowships, travel grants and awards.