The ACTERIA Prizes awarded by EFIS were established in 2012 to recognize and reward Europe’s young talents in the fields of immunology and allergology. Starting this year, Prizes will now be awarded every year instead of every three years. In 2020, two ACTERIA Doctoral Thesis Prizes, for the best PhD dissertations defended in the last 3 years, were awarded, and then every even year. In 2021, two ACTERIA Early Career Research Prizes, for outstanding young investigators with up to 10 years postdoctoral experience, will be awarded and then every uneven year. These Prizes carry cash awards plus the potential funding of three-year research projects to be performed in European institutions. They are awarded to young scientists who are on the track to play a leading role in immunology and allergology in Europe in years to come.

The winners of the 2020 ACTERIA Prizes awarded by EFIS are: 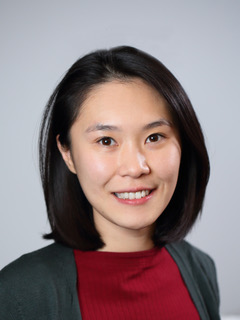 Ai Ing Lim is originally from Malaysia. She received her MPhil from the University of Hong Kong in 2012. As European Union Marie Skłodowska-Curie fellow, she conducted her doctoral studies at Institut Pasteur (Paris) under the mentorship of Prof. James Di Santo. Her dissertation explored human innate lymphoid cells (ILC) biology and published in several journals as first author, including Cell, Journal of Experimental Medicine, European Journal of Immunology etc. Her contribution has been well recognized by scientific community and awarded as International Rising Talent by L’Oréal-UNESCO Foundation in 2018.

During her PhD, Ai Ing’s research focused on understanding how cytokines control human innate lymphoid cells (ILC) development and function.  First, she found human ILC2 exhibit functional plasticity driven by IL-12 signaling. Second, she identified human ILC precursors from fetal liver, cord and adult blood, as well as lymphoid and peripheral tissues. Using in vitro cloning and in vivo transfer approaches, she found IL-1β is an important cytokine for the expansion of ILC precursors and/or differentiation into mature NK cells, ILC1, ILC2 and ILC3 subsets. This ‘ILC-poiesis’ model, where circulating ILC precursors migrate into tissues and differentiate to mature ILC subsets under the influences of local environment, challenged the dogma that ILC are originated from bone marrow and fetal liver. The discovery of circulating ILC precursors coupled with robust in vitro system for ILC differentiation opens the path to future ILC therapy. 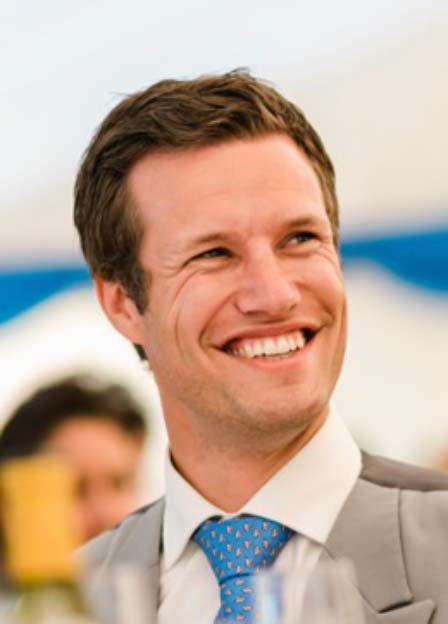 Martijn Schuijs, 33, received his MSc. in Immunology and Infectious diseases from Utrecht University (The Netherlands). During his studies he obtained an Erasmus placement grant which allowed him to conduct his research project in the laboratory of prof. Peter Openshaw at the National Heart and Lung Institute (Imperial College London, UK), studying helminthic immunomodulatory proteins in RSV-infection. Subsequently, he obtained his PhD in Medical Sciences in the lab of prof. Bart Lambrecht at the VIB-Ghent University (Belgium). After receiving an EMBO long-term post-doctoral fellowship, he moved to the Cancer Research UK Cambridge Institute in the lab of Dr. Tim Halim. He has authored or co-authored 21 papers in peer-reviewed scientific journals, like Science, Nature Immunology, Immunity and the Journal of Allergy and Clinical Immunology.

During his PhD, Dr. Schuijs’ research focussed on unravelling the pathogenesis of house dust mite-driven asthma. He demonstrated that loss of microbial exposure in the modern society contributes to the increase in asthma prevalence. Dr. Schuijs revealed that mice exposed to farm dust or lipopolysaccharide showed significantly lower asthmatic responses to house dust mite (HDM) than controls. This protection appeared to be mediated by a protein called TNFAIP3/A20 which modifies communication between the epithelial cells lining the lungs and the immune system. This confirms the importance of structural cells and the NF-κB signalling within these cells, in the process of type-2 immunity to HDM. These findings were validated with human biopsies and in Genome-wide association studies. Altogether, these results provide the first evidence of a biological mechanism behind why children who grow up on farms develop fewer allergies. Dr. Schuijs was further involved in the development and characterization of the HDM-specific TCR transgenic 1-DER mice, which expresses a TCR specific to the Der p1 peptide of HDM. Using this newly developed model he could describe the role of a distinct population of IL-21-producing CD4+ T-cells in the lungs. He demonstrated that IL-21 provides cell-intrinsic cues for Th2 T-cell function and synergizes with epithelial derived IL-25 to promote airway eosinophilia. Highlighting an important function for IL-21-producing CD4+ T-cells in allergy, subsequently showing that asthma is more heterogeneous than the classical view of a Th2-disorder.

Dr. Schuijs recently finished his first postdoc in the lab of Dr. Tim Halim at Cancer Research UK Cambridge Institute (UK), on the role of ILC2’s in anti-tumour immunity. He investigated the interplay between the activation of Innate type-2 lymphocytes (ILC2) and the development of lung metastasis. In the summer of 2020, he will continue his research on anti-tumour immunity at the VIB Inflammation Research Center (Belgium).

The ACTERIA Prizes will be awarded for the fourth time in Paris, France, on November 18th, 2020 at a special ceremony of the Annual Congress of the French Society for Immunology (SFI), during which the winners will present their work.

Candidates were carefully evaluated and the winners selected by a prestigious jury of eminent scientists in the field. The Jury was chaired by Prof. Fiona Powrie, FRS, FMedSci, Head of the Experimental Medicine Division at the John Radcliffe Hospital, University of Oxford (UK), EMBO member, recipient of the 2009 EFIS-EJI “Ita Askonas” Prize for outstanding women immunologists and of the 2012 Louis-Jeantet Prize for medicine. Prof. Powrie's fellow jury members were the three members of the Scientific Comittee of the Fondation Acteria and the President of the Swiss Society of Allergology and Immunology (SSAI):

About the Fondation ACTERIA and EFIS

The Fondation ACTERIA - Acting on European Research in Immunology and Allergology) promotes noncommercial fundamental research in immunology and allergology in Europe and Switzerland. It participates in the exchange of research and knowhow exchange between Switzerland and Europe by awarding the ACTERIA Prizes and by supporting postdoctoral research by early career researchers in Europe without distinction to country, nationality, race, religion, gender or any other grounds for discrimination.

EFIS - the European Federation of Immunological Societies is an umbrella organization that represents more than 14,000 individual members from 35 European member societies, and reaches beyond European boundaries to include Israel. The main goals of EFIS are to support immunological research and education, as well as to strengthen scientific interaction amongst its members. EFIS focuses particularly on supporting young scientists, e.g., through fellowships, travel grants and awards.