The ACTERIA Prizes awarded by EFIS were established in 2012 to recognize and reward Europe’s young talents in the fields of immunology and allergology. The two ACTERIA Doctoral Thesis Prizes, for the best dissertations defended in the last 3 years, and the two ACTERIA Early Career Research Prizes, going to investigators with up to 10 years postdoctoral experience, carry cash awards plus the potential funding of three-year research projects to be performed in European institutions. Following the late 2012 call for nominations from EFIS-affiliated national immunological societies, the first ACTERIA Prizes have been awarded to four young scientists who are on the track to play a leading role in immunology and allergology in Europe in years to come.

The winners of the 2015 ACTERIA Prizes awarded by EFIS are: 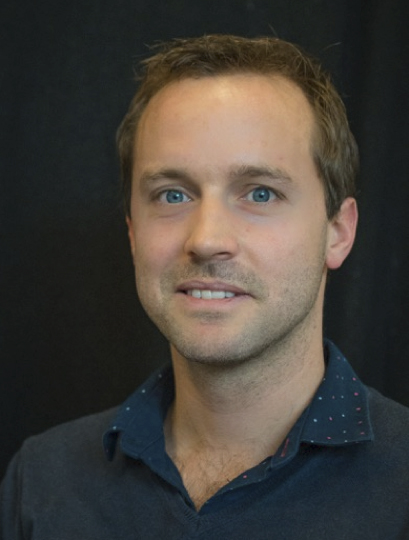 Thomas Marichal, 31, graduated in 2007 as a Doctor in Veterinary Medicine from the University of Liège (BE). He obtained a PhD in Immunology in June 2011, under the supervision of Prof Fabrice Bureau (Laboratory of Cellular and Molecular Immunology, GIGA-Research Institute, University of Liege, BE) and was awarded a Marie Curie International Outgoing Fellowship from the European Commission for a postdoctoral training at Stanford University (California, USA), with Prof Stephen J. Galli as a mentor. Since 2014, he is back as a junior principal investigator at the GIGA-Research Institute in Liege (BE). He has published 8 original articles, among others in The Journal of Clinical Investigation (2009), The Journal of Allergy and Clinical Immunology (2010), Nature Medicine (2011) and Immunity (2013), 2 review articles and one book chapter.

A common feature of allergic disorders, helminth infections and aluminium-adjuvanted vaccination is the type of immune response that is induced, called "type 2 immunity". To date, Dr. Marichal's scientific work has made substantial advances in the field of Allergy and Immunology in understanding how type 2 immune responses are induced, and what physiological functions they have. In his Nature Medicine paper, he discovered that self-DNA, released upon aluminium-induced tissue damage, acts as a danger signal that mediates the development of type 2 immunity and immunoglobulin E (IgE) production in mice. In addition, in a paradigm-shifting study published in Immunity, Dr. Marichal and his colleagues from Stanford have shown that IgE, which are mainly known in the context of deleterious allergic reactions, also can enhance host protection against venoms. This work provides, from an evolutionary perspective, the first experimental evidence that allergic responses and IgE might, under certain circumstances, have been maintained to serve as an immunological mechanism of defense against toxins.

Dr. Marichal's current research activity at the GIGA-Research Institute in Liege is mainly interested in the complex regulation of epithelial cell functions, which maintain homeostasis at cutaneous and mucosal surfaces and can prevent the development of type 2 immune-mediated diseases such as atopic dermatitis, food allergy or allergic asthma. 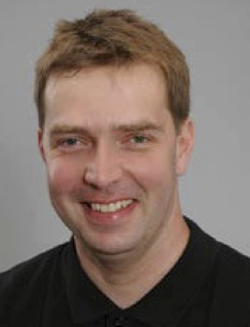 Dietmar Zehn, 38, graduated from the Charite – Medical Faculty of the “Humboldt University” in Berlin, Germany. Following a 5 year postdoctoral period in the laboratory of M.J. Bevan, University of Washington, Seattle, USA he became in 2009 an assistant professor at the University of Lausanne, Switzerland. He published first and senior author articles in Nature, Immunity, Nature Immunology, Journal of Experimental Medicine, and Nature Reviews Immunology. His postdoctoral carrier was supported by the German Academic Exchange Service (DAAD), the German Research Foundation (DFG), and the Juvenile Diabetes Research Foundation (JDRF). Later he received support from the Swiss Vaccine Research Institute (SVRI). He was awarded a Swiss National Science Foundation (SNF) Professorship and a European Research Council (ERC) Starting grant.

Several infections including HIV or tuberculosis show an alarmingly high prevalence. This strongly underlines the need to increase our knowledge how certain pathogens manage to submerge their elimination by the immune system. Immune protection against viral and certain bacterial infections typically requires a strong cytotoxic T-cell response but in persisting infections the number of pathogen-specific T-cells is often reduced and their function appears severely compromised. Today, there is still limited understanding of the mechanisms and regulatory circuits that mediate this attenuation of T-cell function in persisting infections. Dr. Zehn’s research activities focus therefore on identifying the requirements for inducing protective immunity and protective cytotoxic T-cell responses. He developed several innovative approaches to gain advanced insights into cellular and molecular mechanisms underlying T-cell differentiation in infections that the immune system manages to resolve and in infections that persist. These systems and bio-informatics approaches will be utilized to improve insights how pathogen protection is naturally achieved, to identify when immune protection fails, and the obtained knowledge will be used to facility the development of novel therapeutic strategies against problematic infections.

Dr Zehn pursues his project on the molecular foundation of functional and dysfunctional T cells in chronic infections and tumors  at the Centre hospitalier universitaire vaudois (CHUV), Faculty of Biology and Medicine,  University of Lausanne 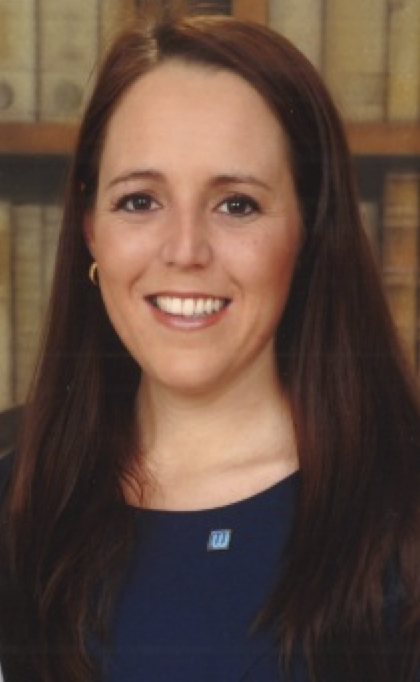 Sandra Pahr, 29, graduated from the Medical University of Vienna (MUW) and defended her thesis in September, 2014. She obtained her PhD in Immunology under the guidance of Prof. Dr. Rudolf Valenta, Center for Pathophysiology, Infectiology and Immunology, Department of Pathophysiology and Allergy Research, Medical University of Vienna. She is author or co-author on 10 research articles in Clinical and Experimental Allergy (2012), Journal of Immunology (2012), Occupational and Environmental Medicine (2013), Amino Acids (2013), Methods (2014), Allergy (2014), PLOS One (2014) and in the top journal of allergy research, the Journal of Allergy and Clinical Immunology (2013, 2013, 2014). Additionally, she contributed to a review (Gastroenterology) and to an international patent.

Dr Pahr is currently working as a post-doctoral fellow at the Department of Pathophysiology and Allergy Research, Medical University of Vienna on the molecular and immunological characterization of wheat gamma gliadins as basis for the development of immunological strategies for treatment of wheat food allergy and celiac disease. 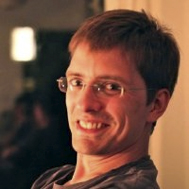 Chris Schiering, 33, graduated with an MSci in Immunology from the University of Glasgow (Scotland). He conducted his MSci research projects in the labs of Dr. Anna Mondino (San Raffaele Scientific Institute, Milan, Italy) and Prof. Rob Nibbs (University of Glasgow). He obtained his PhD in Infection, Immunology and Translational Medicine in the lab of Prof. Fiona Powrie, University of Oxford. Since then he has obtained a Sir Henry Wellcome Postdoctoral Fellowship and is currently working in the lab of Prof. Gitta Stockinger, The Francis Crick Institute, London. He has published 9 original papers in Nature, Immunity, Mucosal Immunology, Cancer Research, Journal of Experimental Medicine, Journal of Immunology and Blood.

During his PhD, Dr Schiering’s research focused on the cellular and molecular mechanism of IL-23 driven intestinal inflammation. The cytokine IL-23 is a key player in the pathogenesis of inflammatory bowel disease. Dr Schiering showed that IL-23 acts directly on T cells to drive pathogenic responses through multiple mechanisms. Through direct effects on T cells, IL-23 drives the emergence of IFN-producing Th17 cells and actively interferes with regulatory pathways to promote the inflammatory response. The search for the mechanism by which IL-23 restrains regulatory T cell activity led to the identification of a new function for the alarmin IL-33. We now understand that colonic regulatory T cells are poised to respond to the release of IL-33 upon tissue damage through selective expression of the receptor for IL-33 and that signalling through this pathway has an essential role in their capacity to adapt to the inflammatory tissue environment and restrain intestinal inflammation. Strikingly, IL-23 restrained regulatory T cell responses through inhibition of IL-33 responsiveness. These findings suggest that therapeutic blockade of IL-23 is likely to reduce pro-inflammatory mediators while also facilitating the expansion of regulatory pathways that might help to re-establish intestinal homeostasis.

Dr Schiering is currently working in the lab of Prof. Gitta Stockinger, The Francis Crick Institute, London, on the role of the aryl hydrocarbon receptor in immunity. He is trying to understand how the AhR pathway mediates the bidirectional cross talk between dietary compounds, the microbiota and the immune system

The ACTERIA Prizes will be awarded for the second time in Vienna, Austria on September 7th, 2015 at a special ceremony of the 4th European Congress of Immunology, during which each of the winners will present his or her work.